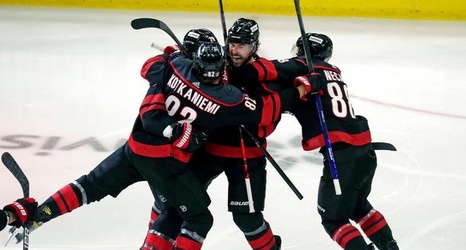 The defenseman’s second career playoff goal capped a late comeback by the Hurricanes after they trailed most of the night. Sebastian Aho finally pushed one past Shesterkin in the final minutes of the third period to send the game into OT.

Then came Cole’s rebound shot, which clipped the stick of Rangers defenseman Ryan Lindgren to change direction on the way toward the net before slipping past Shesterkin to end this one.