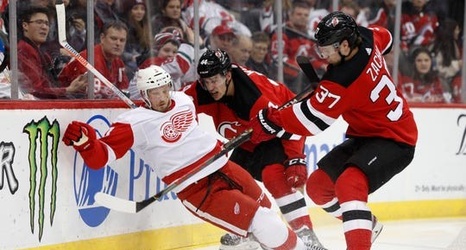 Newark, N.J. — For 40 minutes the Red Wings were the better team Thursday and appeared headed for victory.

But, those final 20 minutes … well, Red Wings fans know too well how that usually turns out.

This time, it was a bit uglier and more shocking than usual.

New Jersey scored four goals in a span of four minutes which carried the Devils to a 4-1 victory — the Wings' second consecutive loss to begin this four-game road trip with powerhouses Boston and Pittsburgh left this weekend.