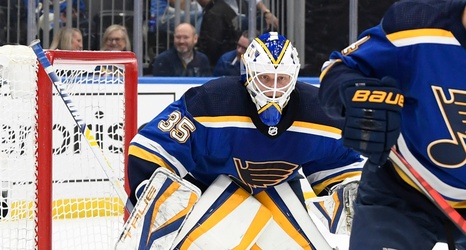 Ville Husso was vacationing in Florida when he turned on the NHL draft. Then his phone rang and he found out he had been traded.

"I’m very happy to join the Detroit Red Wings — historic team, 11 Stanley Cups, I think that tells a lot," Husso said Sunday following the trade. "I kind of knew that I would not stay in St. Louis. I was ready for it and excited, and am really happy right now."

General manager Steve Yzerman sent the Wings' third-round pick in the '22 draft to the Blues, and then signed the goalie for three years and $14.