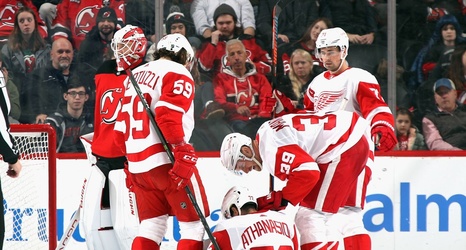 The Detroit Red Wings were up 1-0 on the New Jersey Devils Thursday night after two periods, and then the winged wheel unraveled.The team gave up four goals in four minutes (yes, you read that right), eventually losing 4-1 to the Devils inside the Prudential Center.

Naturally, Red Wings fans instantly reacted on Twitter, and here are some of my favorites. Of course, I had to start it off: