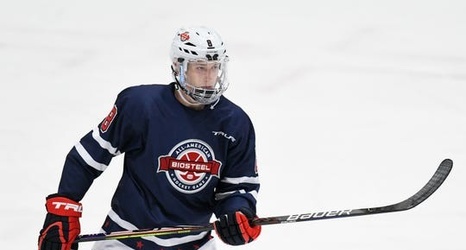 It was less than a week ago that the 2019-20 hockey season officially ended for captain Jake Sanderson and his teammates with the Plymouth-based Under-18 National Team Development Program.

Sanderson, the top-ranked American prospect for the 2020 NHL Draft, already had returned to his home in Whitefish, Montana, right after the U18 world championships in Plymouth and Ann Arbor were canceled on March 13.

On March 18, the United States Hockey League voted unanimously to cancel the rest of the season because of the coronavirus pandemic.

"Our team was heartbroken," Sanderson said.