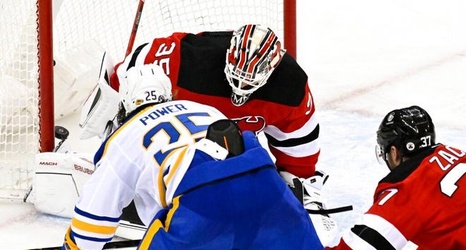 Rasmus Dahlin and Jeff Skinner also scored, and 40-year-old Craig Anderson had 31 saves for the Sabres in this matchup of teams eliminated from playoff contention.

Nikita Okhotiuk scored in his NHL debut and Jesper Boqvist also scored for the Devils.