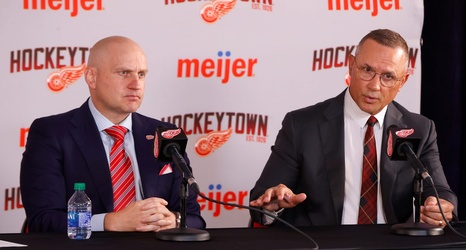 Derek Lalonde likes to talk. He will eventually talk to you. Not directly, perhaps, but he won’t be afraid to step to the microphone after a game or practice and tell you what he thinks of your Detroit Red Wings.

Yes, your Red Wings. He may be the team’s new steward from the bench, the 28th coach in team history, but he understands who the team ultimately belongs to.

Which is why he called his job as Hockeytown’s newest head coach “a huge responsibility” late Friday morning from the basement of Little Caesars Arena, where he sat flanked by Red Wings owner Chris Ilitch and general manager Steve Yzerman.