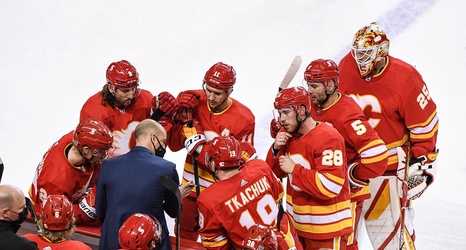 Now that Steve Yzerman has his head coach in place, the real offseason heavy-lifting begins. In a are development, Detroit appeared Elliotte Friedman’s “32 Thoughts” Sunday where Friedge riffed on a couple of key boxes Yzerman is looking to check off in the coming days and weeks.

Building Behind the Bench

Derek Lalonde spoke about getting a staff put together when he was introduced as head coach Friday. He specifically mentioned a “D Coach” that can pair well with the team’s young defensive foundation. Friedman mentioned Calgary’s Ryan Huska:

Now that coach Derek Lalonde’s in place, the focus turns to the roster.