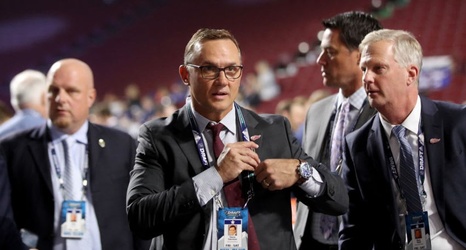 VANCOUVER, BRITISH COLUMBIA - JUNE 21: Steve Yzerman of the Detroit Red Wings attends the first round of the 2019 NHL Draft at Rogers Arena on June 21, 2019 in Vancouver, Canada. (Photo by Bruce Bennett/Getty Images)

Whether fans like it or not, Steve Yzerman saw enough in Jeff Blashill to bring him back for another two seasons: they will be the two faces of the organization heading forward. How did the duo fair in their campaign to improve the rebuilding Wings in 2020-21?

One of the more exciting developments of the 2020-21 season has been the development of prospects throuhgout the pipeline.