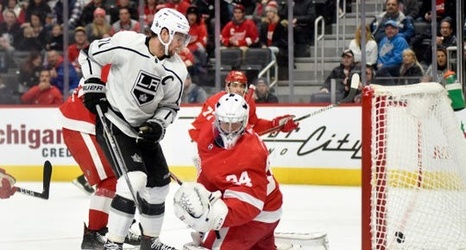 Detroit — So much for Eric Comrie becoming the Red Wings’ goaltender of the future.

With goaltender Jimmy Howard returning from injury, the Wings placed Comrie on waivers where he was claimed Thursday by Winnipeg.

The Jets are the team, coincidentally, that drafted Comrie (2013, second round). Comrie, 24, played five games with Winnipeg.

“We knew that was part of the potential risk,” said coach Jeff Blashill of losing the goalie on waivers. “We made the decision with our eyes wide open.”