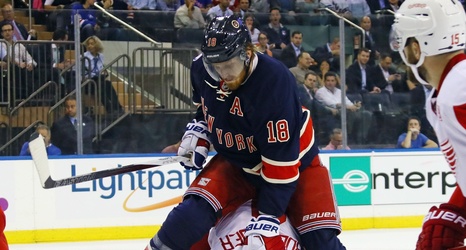 The Detroit Red Wings acquired defenseman Marc Staal and a second-round pick in the 2021 NHL Draft from the New York Rangers in exchange for future considerations.

The 33-year-old Staal had two goals and 11 points and was plus-5 in 52 games during the regular season this year. He had one goal and was minus-4 in three games during the best-of-five, play-in round against the Carolina Hurricanes.

"As part of our rebuilding process, we're trying to add draft picks, prospects, young players and future assets to really help us down the line.