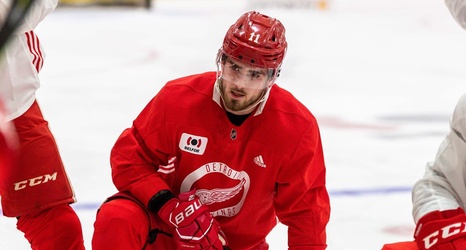 Detroit — Filip Zadina already has been through the start of one hockey season — and is ready to begin another.

Zadina had been playing in a pro league in his native Czech Republic before returning to Detroit recently for the start of the upcoming NHL season.

Zadina feels the head start of playing in Europe has helped.

“It was good," Zadina said on a Zoom call with media members Sunday after practice. " I played on a good team with great boys, a good coaching staff and we were winning a lot.