Red Wings Draft: Does Luke Hughes Fit Into the Yzerplan? 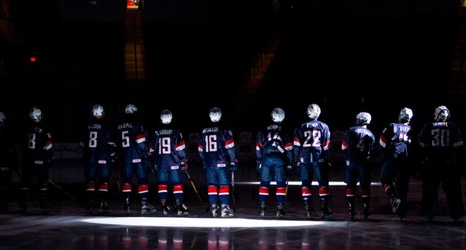 BOSTON, MA - OCTOBER 6: The U.S. National Under-18 Team stands on the blue line before an NCAA exhibition hockey against the Boston University Terriers at Agganis Arena on October 6, 2016 in Boston, Massachusetts. The Terriers won 8-2. (Photo by Richard T Gagnon/Getty Images)

Fans of the Vancouver Canucks often like to remind Detroit Red Wings fans that they passed up the opportunity to draft one of the best young defensemen in the league, Quinn Hughes. This year, the Red Wings might have a chance at Quinn’s brother, Luke – but is he a fit for the organization?