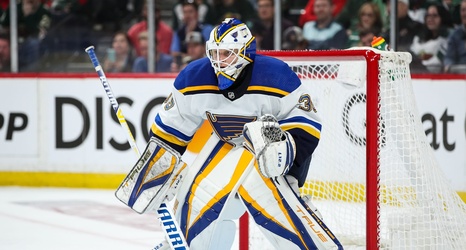 Detroit — The Red Wings got busy early on the second day of the NHL Entry Draft.

Just not with more drafting.

The Wings acquired goaltender Ville Husso from the St. Louis Blues in exchange for a third-round pick in today's draft.

Husso, 27, is 6-foot-3 209-pound, and this past season took over the starter's job in St. Louis during stretches in favor of slumping Jordan Binnington.