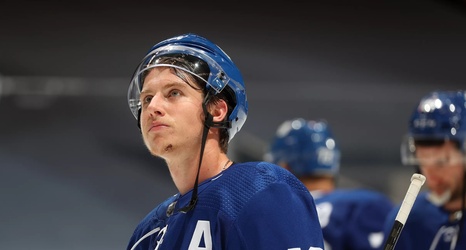 Did you know that Zach Werenski and Dylan Larkin played togther?

He had a weird series. One of the advanced analytic people I enjoy is Corey Sznajder, who does painstaking work on things like zone entries and puck touches. He had some interesting data on Marner, crediting him with just five scoring chances despite 22 full-strength shots. That confirms my personal eye test: He had the puck, but didn’t create like he usually does. However, I think Dubas believes Marner will only get better.

Lots of good stuff here from the play-in round.