Quick Hits: The One Win Away Edition 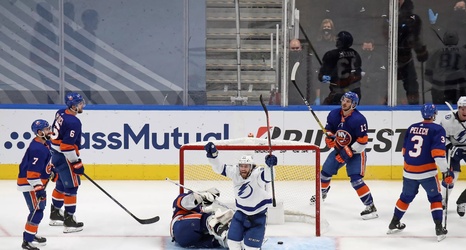 Mark Giordano of the Calgary Flames won the Mark Messier NHL Leadership Award on Sunday, presented to the player who exemplifies great leadership qualities on and off the ice and who plays a leading role in his community growing the game of hockey.

Something something bald recognize bald

Brayden Point scored a goal and had an assist for the Tampa Bay Lightning in a 4-1 win against the New York Islanders in Game 4 of the Eastern Conference Final at Rogers Place in Edmonton on Sunday.

Point helped Tampa Bay extend its lead in the best-of-7 Stanley Cup Playoff series after he was unfit to play in a 5-3 loss in Game 3 on Friday.