No rally, win this time as Capitals down Red Wings 2-0 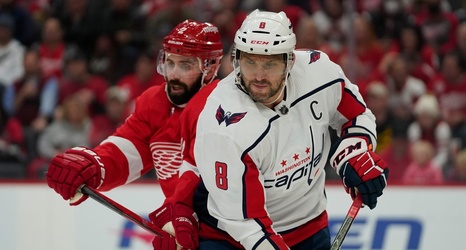 Detroit — This time there was no rally and victory against the Washington Capitals.

The Red Wings pulled one of those this season, but Thursday fell behind and never caught up, losing 2-0.

Washington's Dmitry Orlov and Lars Eller scored 10 seconds apart midway in the first period, and goaltender Zach Fucale — making his NHL debut — stopped 21 shots to become the first goaltender to shut out the Red Wings in his first NHL game.

The Wings (7-6-2) saw their three-game winning streak end, while Washington (7-2-4) won its second in the last five games.