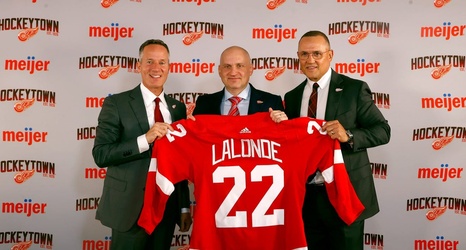 Derek Lalonde has had a whirlwind week: From the end of the Stanley Cup playoffs on Sunday to a phone call from his new boss Monday, flying to Detroit Tuesday, flying back to Tampa Bay, then back to Detroit to be introduced Friday as the new coach of the Detroit Red Wings.

It's not letting up any time soon. Lalonde's immediate task in his new role is to get his living arrangements sorted and then head to Montreal to be a part of the Wings' table at the July 7-8 draft.

Lalonde, 49, comes to the Wings after four years as an assistant coach with the Tampa Bay Lightning.