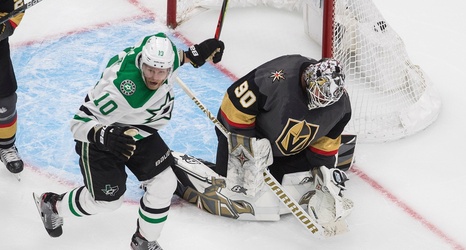 Edmonton, Alberta – Jamie Benn and Dallas enjoyed the moment so much that the relative silence was pretty much an afterthought.

The Stars are going to the Stanley Cup Final for the first time in 20 years.

“I’ve been in a couple rinks where we’ve clinched to go to the finals, and it erupts,” interim coach Rick Bowness said. “Tonight, you’re so excited, you don’t even notice. … All you’re thinking about is your team.”

A team with a chance to win an even bigger trophy. Benn, the captain of the Stars, didn’t even touch the Western Conference championship trophy during the postgame presentation after they eliminated top-seeded Vegas 3-2 in overtime Monday night in the NHL bubble in Edmonton.