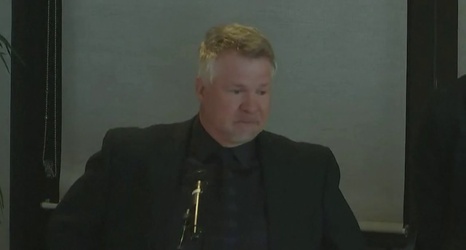 Kivlenieks, 24, died July 4 when a fireworks mortar struck him in the chest. Kivlenieks was attending the wedding of Legace’s daughter at Legace’s Novi home.

“I love you, I always will love you, you were my son,” said Legace, standing with Columbus goaltender Elvis Merzlikins. “You were a great friend to everybody here.”

The public comments were Legace’s first since the accident. Kivlenieks spent the last several summers at Legace’s Novi home and developed friendships with many Michigan residents.