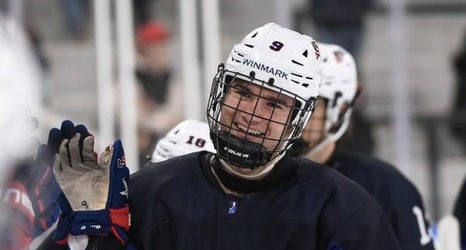 Little Caesars had the most players selected in this weekend's Ontario Hockey League draft, which featured the fewest amount of Michigan players taken in 10 years.

Seven of the 12 Michigan players were from the Little Caesars' U15 state championship team, including goaltender J.J. Salajko whose father Jeff Salajko was let go as the goaltending coach of the Detroit Red Wings on Saturday along with head coach Jeff Blashill and assistant coach Doug Houda. The 12 local players were: