If Red Wings' Steve Yzerman wants another defenseman in Round 1, here are his best options 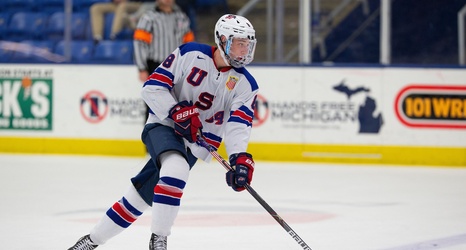 As young defensemen, they naturally gravitate toward watching those close to their age group, but they could soon be on the ice for an NHL club.

Jamie Drysdale and Jake Sanderson are the top-ranked defenders in the 2020 NHL draft, both of them intriguing possibilities for Detroit Red Wings general manager Steve Yzerman, who picks fourth overall during the Oct. 6 virtual event. Yzerman chose a defenseman with his first pick in 2019, and may deem acquiring another blue-chip blue-line prospect to be the Wings’ biggest need — though they need help at every position.