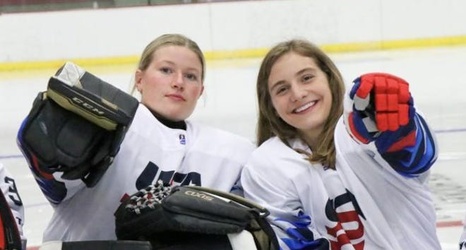 Detroit native Annelies Bergmann of the Oakland Grizzlies was in goal for Team USA's 6-1 victory over Sweden in the preliminary-round game at the 2022 Under-18 Women’s World Championship on Monday at LaBahn Arena in Madison, Wisconsin.

The game marked the national team's first international competition in 887 days. The team last competed on Jan. 2, 2020, in the 2020 U18 Women's World Championship gold medal game.