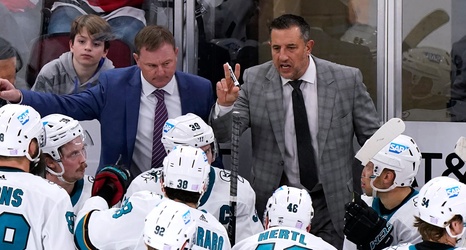 The San Jose Sharks have fired coach Bob Boughner and his staff two months after the regular season ended.

The team confirmed the moves Friday, after reports surfaced Boughner and assistants John MacLean and John Madden were informed Thursday night they were being let go. Video coach Dan Darrow also was fired, and the Sharks said no replacements were immediately named.

The organization is still in the middle of a lengthy search for a general manager after Doug Wilson stepped down after nearly two decades on the job.