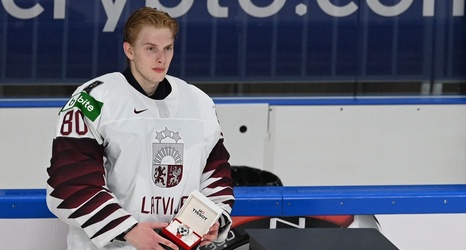 Former Detroit Red Wings goaltender Manny Legace drew tears and laughter as he remembered Matiss Kivlenieks, who passed away in a fireworks accident July 4 at Legace’s home in Novi.

“Michigan was his second home,” Legace said. “Ever since Kivi joined our organization, he would come up and life with my wife and I every summer. He became a son to us. He lived with us through the pandemic.”

Legace’s quip that he and his wife “quarantined two weeks before he came up,” drew laughter from the people in attendance.