'Everybody can skate': Red Wings prospect Moritz Seider gets up to speed in Swedish League 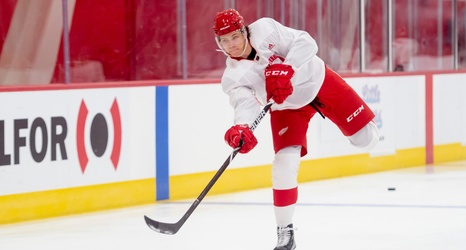 The Detroit Red Wings haven’t played a game since March 10, but some reprieve is on the way for hockey fans in North America.

A handful of the Wings’ top prospects will play in the 2021 IIHF World Junior Championships, taking place in Edmonton and Red Deer, Canada, from Dec. 25 to Jan. 5, including Detroit’s No. 4 overall pick from October, Sweden’s Lucas Raymond.

Seider, 19, is currently playing on loan with Rogle BK of the Swedish Hockey League and was ruled out of the tournament by Red Wings assistant general manager Ryan Martin in November.