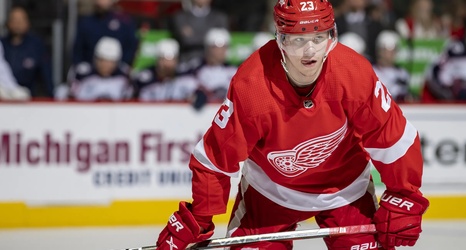 Lucas Raymond is a highly talented player, and I think it’s safe to assume that most of the NHL knows that. Through the beginning of the 2021-22 season, he was the leader of the Calder Trophy race before his Detroit Red Wings teammate Moritz Seider took the lead, and eventually, the trophy. As the winds changed in the race, it felt as if eyes were being taken off the young Swedish stud. Yes, there were points where he wasn’t scoring. However, he was still being serviceable offensively, and at 19 and 20 years old, that’s all that can be asked of him.