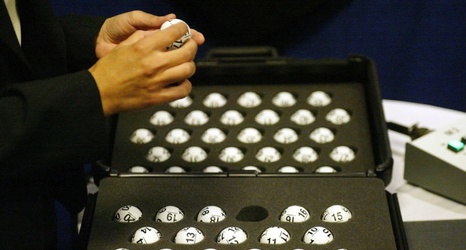 NEW YORK - JULY 22: The National Hockey League draft balls are checked prior to the lottery at the Sheraton New York Hotel and Towers on July 22, 2005 in New York City. (Photo by Andy Marlin/Getty Images for NHLI)

After its eighth consecutive loss on February 5th, the Detroit Red Wings looked all but assured a high chance at getting a high lottery pick. But after gaining players back from Covid Protocol, the Red Wings saw improvement in their overall record as the season wore on. While it showed improvement from the year prior, it drove Detroit’s percentages down of having a top two choice or winning the draft.