Detroit Red Wings' Tyler Bertuzzi: 'Nothing personal at all' after arbitration 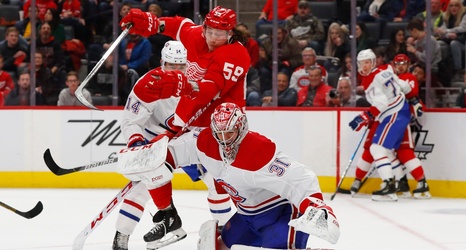 Admitting it was a different feeling that anything he’d ever experienced, Tyler Bertuzzi shrugged off taking the Detroit Red Wings to arbitration and focused on what he loves: Playing hockey.

An arbitrator awarded Bertuzzi a one-year contract worth $3.5 million, much closer to the $3.15 million filed by the Wings than the $4.25 million Bertuzzi asked for on the strength of two straight 21-goal seasons.

Bertuzzi said Wednesday, the day after the decision was announced, that he has not spoken with GM Steve Yzerman since the sides went through a virtual meeting Sunday to present their sides.