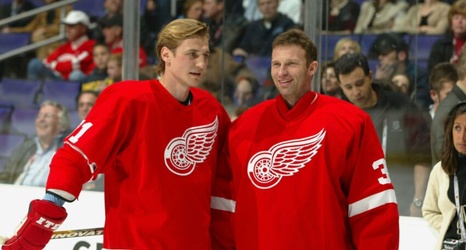 For those Detroit Red Wings fans who were lucky enough to experience it, the offseason of 2001 was like no other. The Red Wings were stunned by the Los Angeles Kings in the 2001 Western Conference Quarterfinal, blowing a 2-0 series lead and losing four straight, the final game a dagger in overtime. The Red Wings winning consecutive Cups in 1997 and ’98, had suddenly hit the proverbial wall.