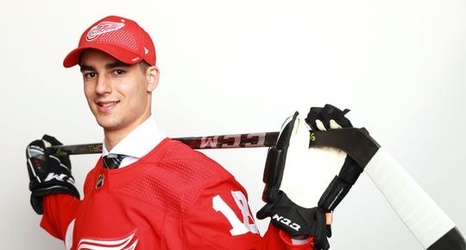 With the hockey world on pause because of the coronavirus, this is an opportunity to check in on Detroit Red Wings prospects.

This edition takes a look at forward Joe Veleno. The Wings drafted Veleno at 30th overall in 2018, painting him as a top-notch playmaker and gifted skater. Veleno spent the 2018-19 season with Drummondville in the Quebec Major Junior Hockey League, cramming 104 points into 59 games. This season was his first year of pro hockey, and at the time the American Hockey League shut down, Veleno had 11 goals and 12 assists in 54 games.