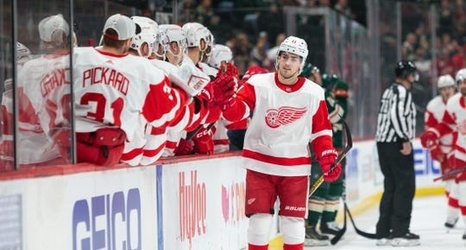 Zadina left XCel Energy Center on Wednesday with his first career two-goal game, tallying both markers in the first period, before the Wings caved and collected a 4-2 loss to the Minnesota Wild. For a team as weary as the Wings – they enter the nine-day NHL All-Star break a league-worst 12-35-4 – witnessing a player vital to the rebuild turn in a such a good performance is a balm.

“He had a great game,” Dylan Larkin said.