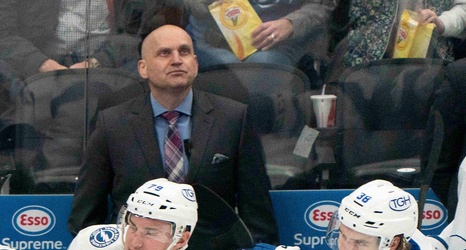 Steve Yzerman chose Derek Lalonde to lead the Detroit Red Wings on their next step in the rebuild.

The path of promoting a newcomer to the NHL head coaching ranks is one Yzerman has chosen twice before. Lalonde replaces Jeff Blashill, who was let go April 30.

It is the first time since Yzerman was named general manager in April 2019 that he has brought in his own head coach. At the time he made the announcement regarding Blashill, Yzerman cited a need for the team to be better defensively, and pointed to how the team regressed in the second half after an encouraging first half.