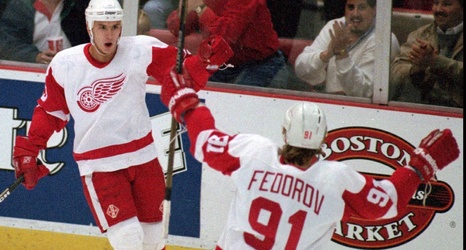 MONTREAL — The Detroit Red Wings have filled out their new coaching staff Friday in hiring Bob Boughner as associate coach and Alex Westlund as goaltending coach.

The Wings' interest in Boughner was first reported by the Free Press on Thursday.

Boughner, 51, was the Wings' second-round pick in 1989 and played more than 600 NHL games. His coaching resume includes parts of three seasons as head coach of the San Jose Sharks, where he compiled a 67-85-23 record. Boughner returned to San Jose’s coaching staff as an assistant coach on May 29, 2019 before he was elevated to interim head coach Dec.