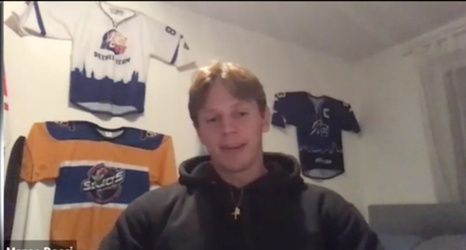 When he was younger, Marco Rossi’s favorite player was Pavel Datsyuk. Anyone who could dangle the puck like that was right up Rossi’s alley.

While other children knew they might be rewarded with a trip to a favorite restaurant if they did as their parents wanted and scored a goal, Rossi’s father, Michael, urged his son to keep his head up and focus on making good plays.

That’s the skill set propelling Rossi to be regarded as one of the top prospects in the 2020 draft, and a leading candidate for Detroit Red Wings general manager Steve Yzerman to consider at the fourth overall pick.