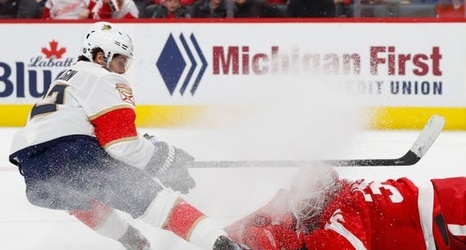 The penalty box was a busy place at Little Caesars Arena on Saturday night.

The Detroit Red Wings had seven power plays, their most since Oct. 22. They visited the box nearly as often, giving the Florida Panthers six power plays.

Not surprisingly, the team with the league's worst record couldn't take advantage of their opportunities. They came up empty with the man advantage, while the Panthers scored a late power play goal to seal a 4-1 victory and extend the Wings' latest winless streak to four games.

"We need to stay out of the box and we need to convert on power plays," said Dylan Larkin, who scored his 100th career goal in the second period.