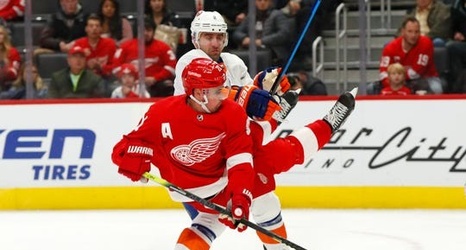 Why the Wings are focused on fighting losing with fun. Filmed Dec. 2, 2019 in Detroit.

Hockey players often talk about how much they love the game, how much fun it is. It’s something the Detroit Red Wings are rallying around as they endure what one veteran described as the toughest stretch of his career.

Thirty games into their season, the Wings are in historically bad territory. They have lost 20 games in regulation and their 17 points are the fewest in franchise history through 30 games and the second-fewest in the NHL over the past 20 years.