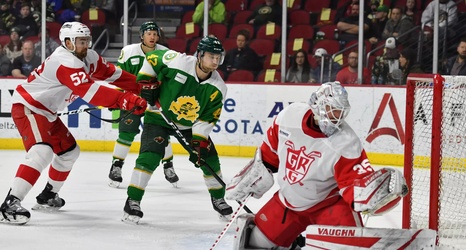 Editor note: With the injuries and trades, it was hard to break players into categories. Forwards are split roughly into the part of the lineup they played mostly. It’s not perfect.

Before getting into the grades themselves, I would like to explain a little about how I went about figuring out the grades. Each player was assigned a grade in two areas, expectations, and improvement, with those two grades averaged together for an overall grade. I chose eight “per game” categories (goals, assists, points, penalty minutes, shots, Fenwick For, Fenwick Against, Fenwick For %) to try and measure the player’s stats from this season compared to their career average prior to this season to determine where, if anywhere, they improved.