Detroit Red Wings' 1997 fight with Claude Lemieux, Avs: What you may not remember 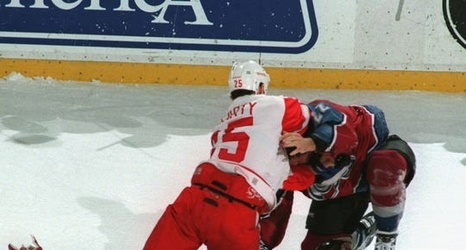 One beam was left, a large 3,500 ton section of Joe Louis Arena on Wednesday, March 4, 2020 and fans came to take pictures of it before it was gone. Detroit Free Press

The Detroit Red Wings of the mid-1990s were labeled as soft.

Critics said they lacked the toughness to win the Stanley Cup, even though they resided atop the NHL standings for much of the decade.

That night represented more than just revenge on Claude Lemieux of the Colorado Avalanche. It was more than just drawing blood to avenge the facial injuries Kris Draper dealt by Lemieux in the 1996 Western Conference finals.