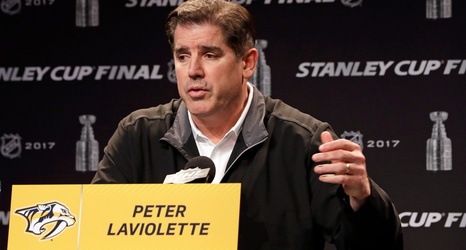 Peter Laviolette was hired Tuesday as coach of the Washington Capitals, who hope to harness his ability to quickly take a team to the Stanley Cup Final in what could be the final few years of their championship window.

Laviolette is the first Cup-winning coach hired in the franchise’s 46-year history and only the second with previous NHL head coaching experience during the Alex Ovechkin era. He takes over for Todd Reirden, who was given his first head job and then fired following a back-to-back second-round playoff exits.

“Peter is a successful NHL head coach who has won a Stanley Cup and brings a wealth of experience to our team,” Capitals GM Brian MacLellan said in a statement.