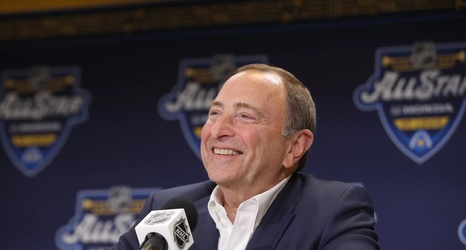 NHL Commissioner Gary Bettman finally put forth the league’s so-called “return-to-play” format late Tuesday afternoon. The past few weeks have been filled with the same information being repurposed, and it appears that’s what happened during his update - with little nuggets of new information such as potential cities that will host the 24-team playoff tournament. Here’s Bettman’s full address:

What the NHL truly lacks is a timeline. In his update, Bettman couldn’t give specific dates, but he said that training camps would not happen until sometime in the first half of July.

The biggest update coming out of Tuesday’s news conference was the NHL Draft Lottery, which Red Wings fans are not happy with.