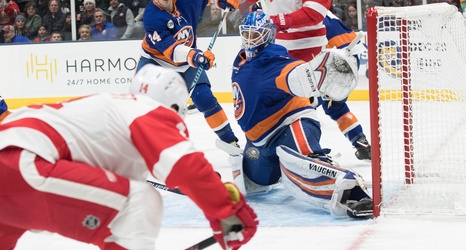 Detroit — The Red Wings were bad last season, that’s no secret, and goaltender Thomas Greiss saw it up close.

As a member of the New York Islanders, Greiss was part of two one-sided Islanders victories over the Wings.

That wouldn’t, typically, be a selling point for a player like Greiss to join the Wings, who've now missed the playoffs four consecutive years. But the goaltender, who signed a two-year, $7.2-million contract with the Wings in the early days of unrestricted free agency, sees it differently.

Greiss has faith Detroit general manager Steve Yzerman — along with the young talent on hand and on the way — has the Wings on the right path.