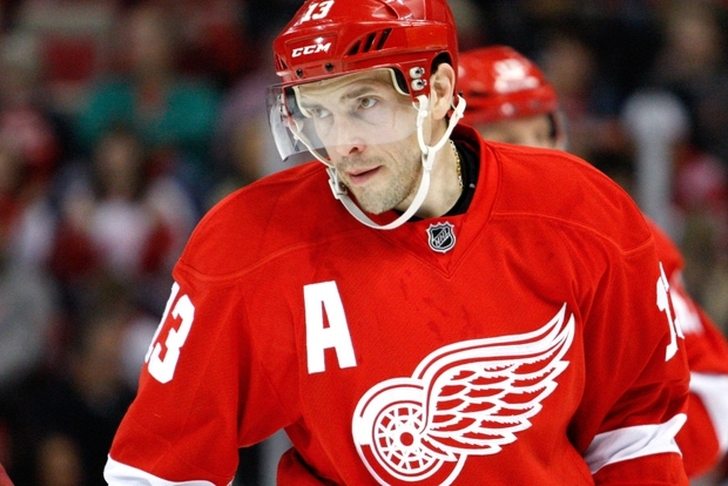 Detroit Red Wings forward Pavel Datsyuk has said he won't decided whether to return to the Red Wings for the final year of his contract until after the 2016 World Cup. However, a report out of Russia says Datsyuk will leave the Red Wings to play in Russia.

The report says Datsyuk will sign a two-year deal with the KHL's St. Petersburg CSKA, ending the 37-year old forward's time with the Red Wings. Datsyuk had expressed interest in returning to Russia to be closer to his family.

It's a tough blow for the Red Wings, who are stuck with Datsyuk's $7.5 million cap hit. Because Datsyuk signed his extension after the age of 35, the Red Wings are forced to count it against their cap.

However, Datsyuk's agent is refuting the report.

Datsyuk's agent Dan Milstein says report is inaccurate...Datsyuk hasn't spoken to any team or anybody or any media...

If the report is accurate, it means Datsyuk made his decision earlier than originally expected. He was supposed to have a meeting with Red Wings GM Ken Holland after the World Championships. The Red Wings will likely at least try to move Datsyuk's contract to a team that needs to reach the salary cap floor next year.