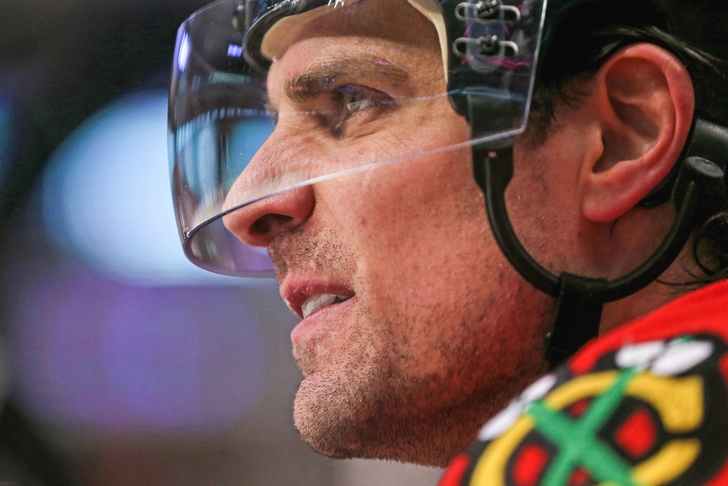 The Chicago Blackhawks are actively shopping forward Patrick Sharp in advance of Monday's NHL trade deadline, and the Detroit Red Wings are one of two teams that Chicago Sun-Times beat writer Mark Lazerus believes to be in on the 33-year-old alternate captain:

Sharp has experience a significant dropoff in production from his career-best 78-point campaign in 2013-14 (34 goals, 44 assists), amassing just 10 goals and 22 assists while sporting a minus-13 plus/minus while on the ice.

However, such numbers are an outlier for a player who has a pivotal player in the Blackhawks' resurgence over the past several years. While the Blackhawks may be reticent to trade Sharp to the rival Red Wings, their move to the Eastern Conference coupled with Sharp's tricky no-trade clause is serving to limit Chicago's options with time winding down until the deadline.