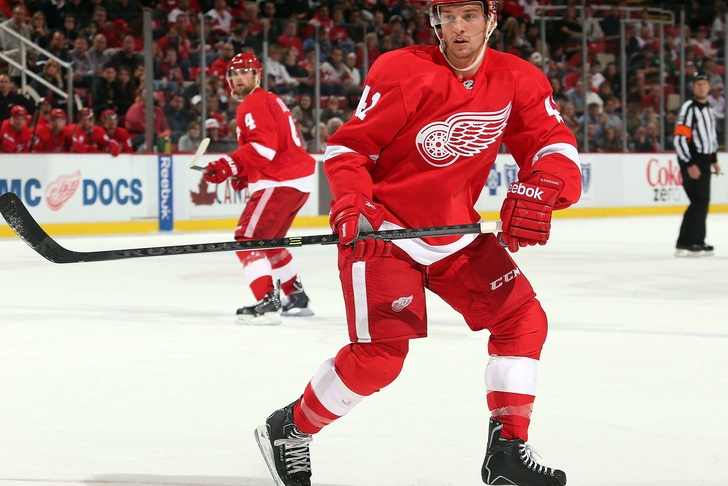 As Red Wings news bears down on the present situation in the NHL Eastern Conference Wild Card race, Detroit Red Wings management have already begun to look towards the future.

Per the Associated Press, the Detroit Red Wings have re-signed rookie center Luke Glendening to a three-year contract. The Red Wings announced this move after Friday's 3-2 home victory over the Buffalo Sabres, which strengthened the Red Wings' chances of making the playoffs as one of the Eastern Conference's two Wild Cards.

Glendening has no goals and six assists in his first 51 games as an NHL player, however his grittiness was perhaps the biggest selling point for the Red Wings to initiate talks on an extension. The 24-year-old Grand Rapids, Michigan native has

78 hits and 32 blocked shots on the campaign, earning him more and more ice time as the season has progressed.

The young Red Wings center went undrafted after playing collegiate hockey at Michigan, where he made the team as a walk-on. Glendening bounced the American Hockey League and the East Coast Hockey League, and started this season as a member of his hometown Grand Rapids Griffins of the AHL.

Your Red Wings news, whenever and wherever you want it. Download our new Chat Sports IPhone app, and follow our Red Wings team page today.