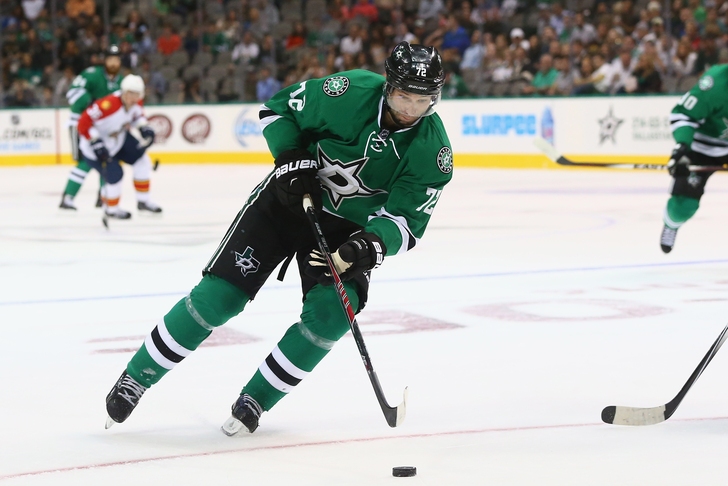 The Dallas Stars have agreed to trade right wing Erik Cole to the Detroit Red Wings, pending a trade call with the NHL league offices, per sources cited by ESPN's Pierre LeBrun.

Dallas will receive prospects Mattias Backman and Mattias Janmark in return. The teams will swap picks in the 2015 NHL Draft, with the Red Wings getting a third-rounder and the Stars picking up a second-rounder.

Cole has 33 points (18 goals, 15 assists) for the Stars this season, leading the Central Division cellar dwellers with a plus/minus of +4. He made his NHL debut in 2001 with the Carolina Hurricanes, and also has played for the Edmonton Oilers and Montreal Canadiens during his decade-plus career. He has spent the past three seasons with the Stars.

This move gives the Red Wings a proven veteran scorer to bolster their forward groupings heading into the stretch run and 2015 NHL Playoffs.