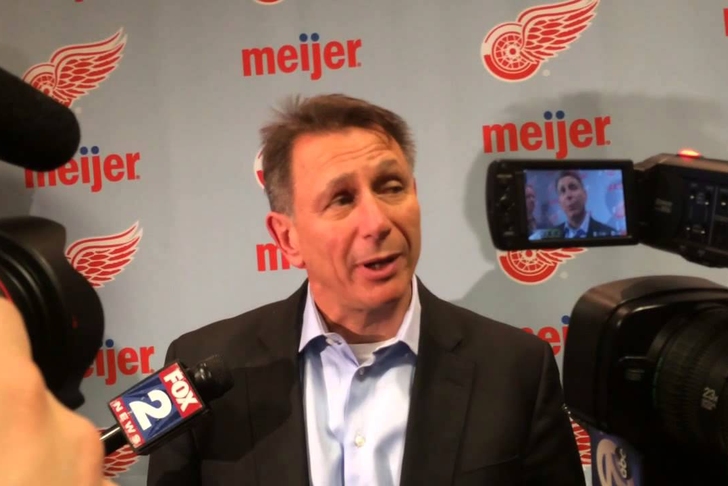 The Detroit Red Wings are in great shape to extend their playoff appearance streak to 24 seasons, with no pressing needs and plenty of depth to be had prior to the March 2nd trade deadline.

While GM Ken Holland is keeping his mind open when it comes to potential trade offers before then, he's not willing to make a deal unless what the Red Wings receive in return significantly improves the roster.

"If we can't upgrade - and I'm not talking a little bit - I don't think it makes a whole lot of sense," Holland said, via Ansar Khan of MLive.com. "There isn't one move I can make that can guarantee any playoff round wins. I have to gauge the cost and the impact they're going to have. The word I'm using is 'upgrade.'

"Are there players available at a price you think you can live with?"

Holland admits that the team has been in the market for a righty-shooting defenseman, but the team's top-ranked power play (going into Thursday's action) keeps it from being a hole in desperate need of patching over.

"Would we like right-lefty combos because it's a little easier to play? Yeah. For the most part I think we defend pretty good."

And how about a forward?

"It's hard to play in our top six, maybe in our top nine if (Johan) Franzen comes back," he said.

All in all, don't expect fireworks in Detroit before the deadline - unless an offer comes across Holland's desk that he simply can't refuse.