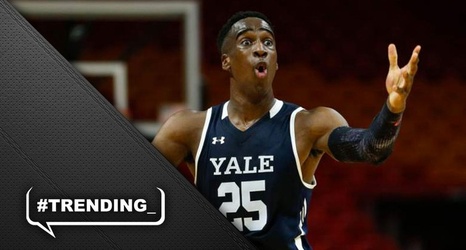 AUBURN HILLS – Olumiye Oni would like one thing – and one thing only – in common with Jack Molinas.

Oni, a Yale junior, would be only the second Ivy Leaguer to suit up for the Pistons, joining Molinas. And Molinas was only a Piston briefly – and a Fort Wayne Piston, at that.

Oni’s goal to play in the NBA got a stamp of legitimacy last week when he was one of 66 invitees to this week’s NBA draft combine in Chicago. Ahead of that, he was the headliner of the first Pistons draft workout group of 2019 on Friday.