Who the Detroit Pistons starters should be when Blake Griffin returns 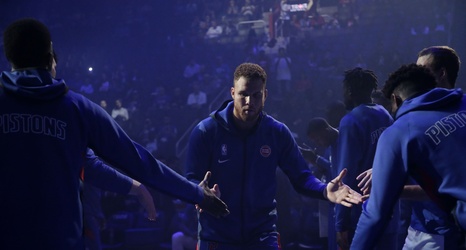 Blake Griffin finally returning to the Detroit Pistons, who will have some lineup shaking to do.

Griffin is the primary ball-handler whenever he’s on the court. That allows more leeway for Dwane Casey to use lineups without any traditional point guards. Griffin’s return will make the coaching staff’s job a lot easier given the injuries all three Pistons point guards are facing.

After a humorous exchange between Dwane Casey and the media on Sunday, Griffin cleared the air, confirming ESPN’s Adrian Wojnarowski’s report that he is returning for Monday’s game against the Minnesota Timberwolves.