What is absolute worst case scenario for Detroit Pistons? 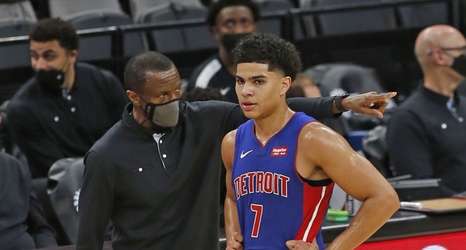 Everything has been coming up roses for the Detroit Pistons lately. Players making USA Olympic and Select teams, getting the No. 1 pick in the draft for the first time in 51 years, and numerous Pistons being in contention for top NBA player awards.

So, what could wrong? Well, as we know, in the NBA, anything and everything.

Ask the Brooklyn Nets, who thought they had guaranteed themselves a cakewalk to the NBA finals by having three future Hall of Famers on its roster.